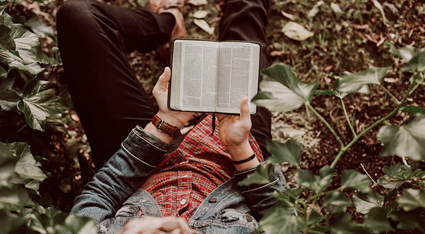 There seems to always be something new…and a tag associated with it. In the area of faith the latest buzz phrase represents nothing new at all, except the term: faith deconstruction.

What is meant by the phrase is a moment or season in which a person questions the most basic claims of their faith, usually driven by doubt that those claims are helpful or true. Some refer to this experience as a “mid-faith crisis.” Of course, there is nothing essentially new about doubt.

The term is borrowed from literary theory, particularly the work of Jacques Derrida in which he suggested critiquing literary works so as to expose multiple meanings and deny any fixed, objective sense. As you might imagine, Derrida’s ideas (from the 1960s) helped form the basis for a postmodern worldview. One wonders if Derrida expected anyone to derive a fixed meaning from his own works…?

Some authors are suggesting that faith-deconstruction is a recent trend (doubtful) and that it is fueled by an inner frustration of believers who never felt freedom to ask hard questions (interesting!). Though I agree, it clearly it is fueled by more than this. The failures of recent evangelical “celebrities,” the conflation of faith and politics, the angry advancement of secular culture, and the opposition of some evangelicals to any kind of theoretical diversity probably all play a part as well. I doubt that a short list could fully explain it, but it is most certainly not new.

I would like to offer a weak attempt at categorizing approaches to these faith crises. I am not sure that “deconstruction” is the best word for every faith crisis. Derrida’s suggestion was to begin critique with the presumption that no conclusion can be reached (some refer to this as a “hermeneutics of suspicion”). This hardly seems objective. Rather than deconstruction, I will use the word “search” to describe this faith crisis. Editorial search. This is a matter of using a faith crisis to make a personal point in the context of some cultural discussion. For example, someone may use historical references in the Bible to show that evangelicalism is racist or patriarchal. This is not a personal crisis so much as an opportunity to conceptually discredit some group of Christians.

Validation search. This is the person who has decided to walk away from faith and is in search mode for arguments that will validate the decision after the fact. It is not really an objective search, but more an artifactual hunt for justification.

Sincere search. This is the search for understanding of someone who feels some kind of tension in their sincerely held faith beliefs. I have been here…and I still visit! No one has such a robust understanding of faith that eliminates all questions. We may make it sound that way, but we all know this is not real.

Agonized search. This is a search where the questioner has a profound commitment to the faith but cannot reconcile some idea or aspect of the Faith. Often the conflict is over some extraneous aspect of Christian belief that is not at the core. The question is worthy and has value, but it does not stand in a position to topple the Christian worldview.

I’m sure there are better ways to categorize these, but I offer this to show one distinction: people come into faith crisis with different levels of commitment to the faith in the first place. This is not my idea. John noted that some in his day had left the faith because they were not really connected to it in the first place (1 John 2:19). Jesus had “disciples” leave him when his teaching got hard because their commitment was superficial (John 6:66). So two of the four categories I offered are not really searches for truth, they are a search for an argument. There is a profound, categoric difference between unbelief and doubt. It may be that the deconstruction some are talking about is very much like what Derrida meant when he argued for his rejection of knowable meaning in texts: it is a rejection of Scripture. If this is the case, it is a matter of unbelief and not doubt.

What can we do in all of this? We can only provide influence in another person’s faith journey as we have no capacity to direct their beliefs. And then there is the volitional aspect of their response to the Gospel over which we have no control at all. Still, I think the best we can do involves at least two things:

This was a long article. Sorry about that. Basically I wanted to say that this day of “faith deconstruction” is nothing new. The context is new. But people walking away is as old as the periphery of Jesus’ crowd leaving him when things got tough. The unbeliever will deconstruct the faith when he is done with it. The believer may struggle with doubts, but will persevere in the Faith delivered to the saints (Jude 3).