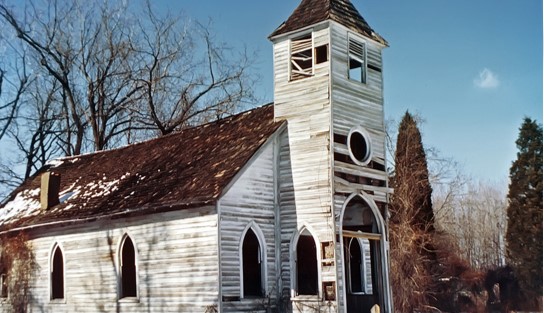 The early days of the Baptist people in England were marked by disagreements. The disagreements were not necessarily loud and angry…but they did generate some debates and pamphlets. At one point in the early 1800s a new hymnal was written that did not include some of the older Baptist hymns. The scandalous prospect of this new hymnal caused one man to imagine where it was all going:

“Hymns on Baptism are to be omitted as sectarian! Everyone may see which way the wind blows—Baptists are ashamed of their baptism—Dissenters are ashamed of the Nonconformity—Protestants are crying after the Apocrypha—and if these things grow, Christians will be ashamed of Christ!” (William Newman, 1825).

Unfortunately, church history is marked by conflicts over things that do not touch on what is important: the color of carpet, the order of a worship service, the instruments used by the band, the clothes the pastor wears, and so on. The story that was popular when I was in Bible college was about churches splitting over the controversy of “open-toed shoes” (presumably on the women of the church?). Of course, this is sad.

The fact is, things are going to change. Things have been changing in church since the church began. We now meet in buildings, we amplify sound, and people wear pants. Massive change. Yet, much remains the same. From the very first days of the church, worship service has involved fellowship, singing the Word, the teaching of the Word, prayer, and the ordinances. For 2000 years this has remained the case. So many practices around these axioms have changed…but the values themselves have remained. That is because those core values define what the church is—and why it is.

There have been many different hymnals. There were even more years when the was no hymnal! And there will be even more novel ways believers will find to “speak to one another” through Christian music (Eph. 5:19, Col. 3:16). And as the next generation imagines those new ways to do what believers have done for millennia, we should not curse their innovation.

We should thank God they want to sing about Him.