Risking the Will of God? 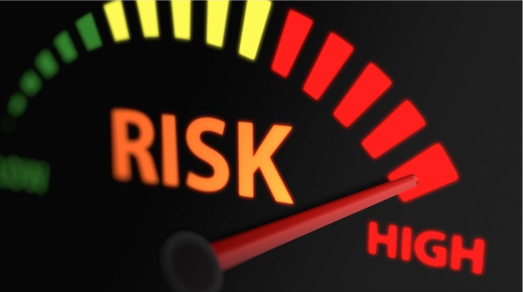 Paul wrote that the transformed mind helps the believer know what the will of the Lord is (Rom. 12:2). Jesus taught that only those who “do the will of my Father” will enter the kingdom of heaven (Mt. 7:21). Both Jesus and Paul spoke of discerning God’s will as a basic axiom of Christian living.

It’s hidden. Still many Christians cannot resist casting God’s will in mystical terms…an obscure and hidden “will” that can only be uncovered with clues, hints, dreams, and mystical pointers. I think this is unhealthy and actually works against the way Scripture portrays God’s will. Paul prayed that the Colossians would be “filled with the knowledge of his will” (1:9). Jesus identified his “family” as those who do the will of God (Mk 3:35).

It’s risky. So many I have spoken with in the past do not just see God’s will as hidden. They see it as a matter of risk. When making a decision, especially what appears to be a pure dilemma (do I take this job or that job?), these are afraid of God’s judgment if they make the wrong choice. So rather than serving the Father as a joy of life, it becomes a matter of dread and risk. I am not overselling this. I have spoken with many people who are hand-wringing nervous to make a move. 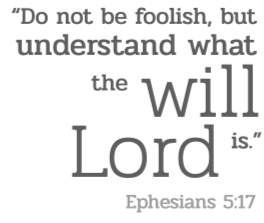 In Ephesians 5 Paul gives a number of commands. One of them is to “understand what the will of the Lord is.” We are commanded to be spiritually focused to the point that we can arrange out lives around what we know to be His will. But what about those matters where we cannot claim to know His will? This is where we trip up. First of all, isn’t that a rather large category? I mean, think of all the dimensions of God’s limitless sovereign for our lives. How much of that do we really have access to? Our understanding of his Providence will always be fragmentary and partial. Clearly He can be in control without our full awareness of the details.

I personally think a change in thinking is in order for many in this regard. Rather than thinking that we have to know the details of God’s providential plan before a decision can be made, we can trust that His providence includes leading us. I say this for a couple of reasons. First, to be a child of God is to be led by God (Rom. 8:14). God can lead his children even when they are not consciously aware of his leading. I do not have to consciously realize the details of his will before I can be led in it. Second, Scripture tells us that God sovereignly oversees the will of his own: he is “working in us both to will and to work according to his good purpose” (Phil. 2:13). In fact, he “works out everything in agreement with the purpose of his will” (Eph. 1:11).

So choose the job as best you can. Consult the wisdom of counselors in your life, make the phone calls, do the research—then make the decision. God wants to bless the lives of his children. He is not waiting for a reason to wreck them.

I think part of the will of God is that we live His will with spiritual confidence. To imply that His will is unknowable is to suggest He is uncaring or that His Word is insufficient. Perhaps the problem is with how we think of Him and His Word. To live HIs will is no risk. To live apart from it is to risk all.