The Bad name of Dogma. 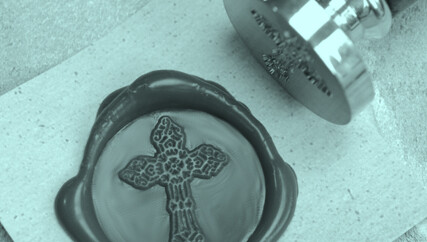 Dogma has a bad name.

In the religious world the word is often used to describe the random views of a Church hierarchy that others are required to believe, convinced or not. Dogma is seen a belief that is prescribed and demanded without question, and possibly without good reason.

The word is Greek and is found in the New Testament five times. The Greek word is dogma (yes, just like the English word). It can refer to a legal decree (Lk. 2:1; Acts 17:7). It can also refer to laws on record, as in the Laws of Moses (Eph. 2:15; Col. 2:14). In the ancient world it was not a word with a negative connotation as it is today. It is related to a verb that means to “think,” and refers to (legal) conclusions. It is used in this kind of way in Acts 16:4 where it describes the “decisions” of the Apostles about a theological matter.

Early in the churches missionary efforts a disagreement broke out regarding how non-Jewish people were to be accepted as genuine converts to Christianity. This disagreement indicated that there was some theological confusion in the church, probably among the leadership and the general community. Certainly there was enough clarity for the church to begin its missions work (see the creed-type affirmation about Jesus’ resurrection in the early passage of 1 Cor. 15:1-3). But as the believers were leading others to faith in Christ, they were faced with questions that exposed disagreement and confusion.

For the next couple of Sundays we will be looking at a gathering of Church leaders that took place to help everyone think through the issues. In centuries to come these kinds of gatherings would be called church “councils” (though they would not have Apostles present). There will be reports, statements made, some debate, and finally conclusions.

What was the result? Not a list of random rules to surpress the community or exclude certain people. Rather, the result was increased clarity about what the gospel means. This clarity would mean that the church would not be a layered community with specially favored types others marked as sub-par members.

So don’t let dogma scare you—this time anyway. The conclusions of the Apostles brought clarity and, in principle, ensured that all come to Christ the same way, for the same reasons, and by the same grace of God.

Looking forward to the next two messages.
Mary