The Why of War. 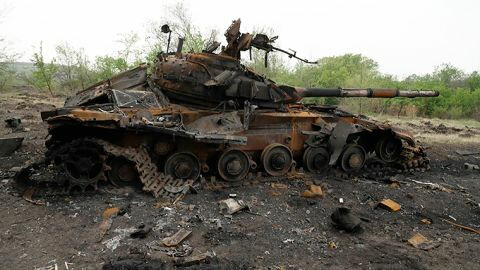 What is a Christian to make of war? Throughout the history of the church there have been times when war was embraced as God’s work. Other groups in other times rejected war and participation in it on moral grounds. Still, war remains with us with all of its loss, violence, and insanity.

Jesus was not one to talk of war. One well-known instance when he did address the matter of human violence came when Jesus was taken into custody by a band of armed officials. At that event Peter hacked off the ear of the High Priest’s servant. At this point Jesus told Peter to put his sword away, because “all who take up the sword will perish by the sword” (Matthew 26:52). 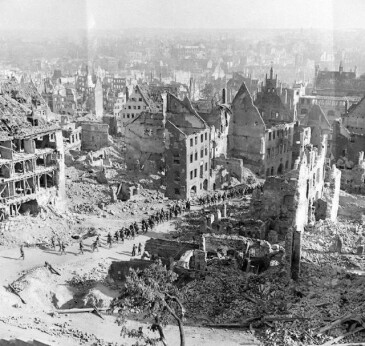 Some have seen this as an allusion to Genesis 9:6. If it is, it is a vague reference. Scholars disagree whether Jesus’ comment reflected a known proverb. The problem with this is that we do not know of such a proverb. A Wikipedia article suggests similarity to a passage in Aeschylus’ Agamemnon, but there is no resemblance to the two Greek phrases whatsoever.

Rather, this seems to be Jesus’ own comment about sword wielding. I am not sure it is a call to pacifism per se. Jesus was not discouraging self defense but rebuking Peter for failing to understand the profound nature of his redemptive mission.* This was hardly a moment for Jesus to wax philosophic about human politics. The point he made is that sword wielding as done in human kingdoms is ineffective as compared to the redemptive strategy of God. Human violence just begets more human violence. This much seems clear to us, sadly.

More than an editorial on the ineffectiveness of human problem solving, Jesus is positioning the importance of his own sacrificial death. Peter mixing it up in the garden will just bring about more chaos. But the death of Christ would be redemptive and bring true change to those who would make up his kingdom.

Our takeaway: Human kingdoms will continue to slaughter one another and fight. Any change those fights bring about will be short lasting and limited. But those who come into the kingdom of God through his son Jesus find a kingdom of peace that endures forever.

“Of the greatness of his government and peace there will be no end. He will reign on David’s throne and over his kingdom, establishing and upholding it with justice and righteousness from that time on and forever. “

* Additionally the Apostle Paul affirmed the God ordained right of the State to offer protections to its citizens (Rom. 13:1-5) He specifically names the use of the "sword" (Rom. 13:4, same Greek word as in Matthew 26). He equates the "sword" with the "authority" of the State.