What can we say about 'spiritual warfare'? 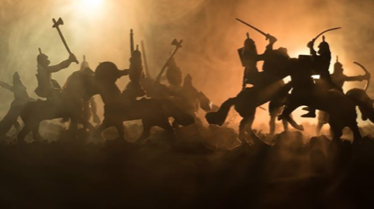 Few topics have spawned as many whacky and speculative ideas as this one. Naturally the idea draws interest and fuels the Stan Lee imagination in us all. But when I read the books and articles I am left wondering how much is real, and how much is just imagination.

It is certainly not that Scripture does not indicate something that could be described by the phrase “spiritual warfare.” A survey would take a host of blogs to do the topic justice. Battle begins with the serpent in Genesis (3:15) and continues in living color throughout John’s apocalypse. In the Old Testament God is presented as a warrior King and he occasionally opens heaven to reveal the power of his spiritual host. There can be no doubt that the Bible is cast in a context of true spiritual warfare.

But outside of those descriptions and biblical narratives flies a great deal of speculation. There is speculation about where demons lurk, how they impact believers individually, and what it means to “resist the devil.” I have read authors who write about how do detect demons, how demons behave, and what kinds of demons there are. There are books that contain special prayers to be offered to the demons themselves crafted to “bind” and restrain them.

These books may be interesting, they are certainly dramatic—but they often make claims that go far beyond anything Scripture says.

Starting December 5th we will find ourselves in the section of Ephesians where Paul addresses the issue of spiritual warfare. Paul does not tell where to find demons, give any of their names, or give any of their spiritual power secrets. But he does describe how the believer is prepared to walk defensively—fully equipped in case of demonic assault. He does not picture the believer doing battle, but being prepared for enemy attack.

As we walk through this passage (Eph. 6:10-20), we will not engage in the marketable speculation about demons and spiritual warfare. But we will let Paul speak for himself—and to us—as we consider what it means to be prepared and “take our stand” (6:13) spiritually as believers.