What's In A Year? 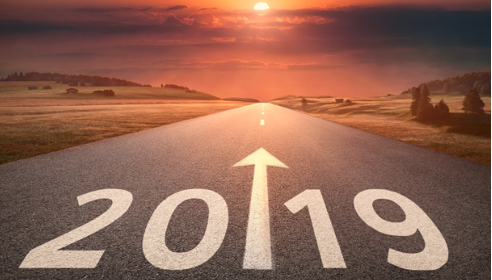 Those days can be hard or awesome...and probably 2019 will be a mix. We don't really get to chose everything that the year will bring (wouldn't that be nice?!)...but we do get to choose who we will be through it all.

Hopefully it does not sound like a self-help bumper sticker, but much of it is up to me. Not what happens to me, but what I do with it is all in my court.

Paul talked about his own journey learning to adapt to his circumstances. He actually said he learned how to be "content" when he had what he needed and when life was a challenge. He wrote that he had learned the "secret" of adapting to his circumstances. He did not specifically name the "secret," but he goes right into stating that he can "do all things through him who strengthens me" (Philippians 4:11-13).

Paul's secret to adapting to life's ups and downs was not a formula or a mantra or a technique of some kind. It was a relationship. His relationship with Christ was a strengthening one. And that is saying something if you know about Paul's life!

Whatever this year holds for the believer, flourishing is not about learning the "12 keys to successful living." It is about abiding in Christ and finding strength in Him.