Juneteenth. It sounds strange because it has not benefitted by being embraced by popular culture. But if there was ever a holiday that made sense, this would be it. I mean c’mon, we “celebrate” Halloween. But this date actually has meaning.

My experience has been that white culture considers Juneteenth a “Black holiday.” It continues the celebrations of black people that began with the realization of their freedom in the Land of the free. Though proclaimed doctrine in 1862, the realization of freedom for slaves would be gradual and geographic. Considered a final holdout, this freedom would be 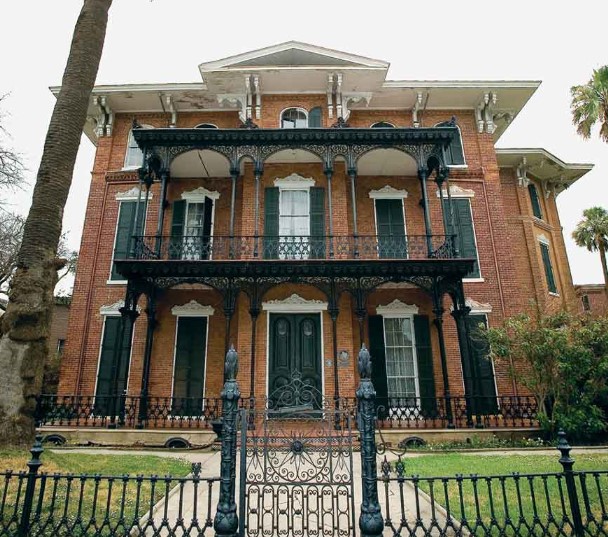 announced officially in Galveston by Union General Gordon Granger on June 19th, 1865. General Granger and 2000 troops came riding into Galveston, where the General read the proclamation of freedom from the upper porch of Aston Villa (now a historical site, pictured).

I wonder if we would not be in the mess we are today if this were not seen as a “black holiday.” It is a progressive development in the fulfillment of the American idea: freedom. It is confusing to watch Americans demand and debate every nuanced implication of their personal freedom and yawn at monumental correction to the American ideal.

Perhaps white people don’t “see” Juneteenth because of embarrassment. Every nation, every culture, is plagued by embarrassing episodes and seasons in their history. There are no exceptions. This is more evidence for the Christian doctrine of depravity…sin pervades all human systems and institutions. But progress will demand a cultural humility that admits what we did wrong. But we should embrace this act of freedom along with black Americans as a successful realization of the American ideal.

Many Christian leaders recognized the evil nature of slavery.* The amazing William Wilberforce is a name that should bring comfort to every Christian looking back on our checkered history in this regard. Other Christian leaders who opposed slavery are not hard to find. Some of Spurgeon’s sermons were burned in America because of his denunciation of slavery. Include John Wesley and Charles Finney as well known evangelicals opposing slavery. Include a host of Congregationalists and

even Baptists** who worked tirelessly to end slavery. Abolitionist leaders unknown today include the likes of Theodore Wright (pictured), the second pastor of the First Colored Presbyterian Church in NYC. How is it there are no statues to people like these in our public squares?

The reason that Christian leaders supported abolitionist thinking is that they were influenced by the Christian worldview that sees no difference in humans. All are made in God’s image, all are damaged by sin, and all are invited to receive the grace of God. The abusive or oppressive systems of man that imagine other kinds of distinction (like inferiority) are evidence of human sinfulness and arrogance. While many of us may not be aware of “Juneteenth” (for whatever reasons), surely we can all celebrate this victory of the truly Christian worldview. And may we rise to even greater expressions of equality and true “justice for all.”

*It is true that many evangelicals tried to use Scripture to justify support of slavery. Frederick Douglas called out southern religion as the “great supporter” of slavery. But the real question is not whether evangelicals supported slavery, but whether Christianity does. Medical practitioners used to give heroin for coughs, mercury for syphilis, and lobotomies for depression. None of this impugns medical science per se, nor do poor practitioners of the Christian Faith negate true Christianity.
** The Virginia General Committee of Baptists in 1789, "That slavery is a  violent deprivation of th erights of nature, and inconsistent with a republican government, and therefore, recommend to our bretheren to make use of every legal measure to extirpate this horrible evil from the land..."

Thank you Pastor Gary for the message stated clearly for all to understand. May we glorify God through our words and actions.

Thank you.. Great History we all need to be aware of. I hadn't heard of Junteenth til this year...